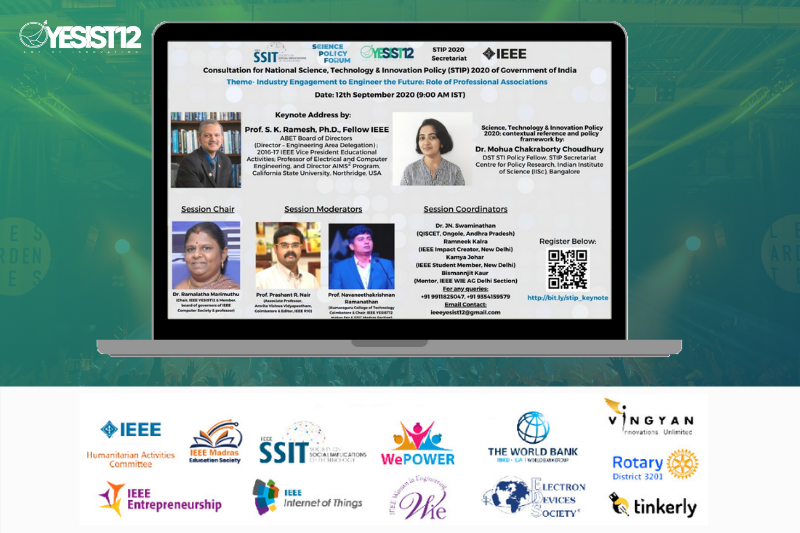 Dr. S. K. Ramesh is a Professor of Electrical and Computer Engineering and the Director and Lead Principal Investigator of the “Bridging the Gap: Enhancing AIMS2 for Student Success” program (www.ecs.csun.edu/aims2) supported by a multi-year grant from the US Department of Education’s HSI-STEM program. AIMS2 has received several national and international awards for improving student success with high impact practices including undergraduate research and peer mentoring. It was selected as the 2019 baccalaureate program of the year and named the 2019 Example of Excelencia by Excelencia in Education. Earlier he served as the Dean of the College of Engineering and Computer Science at California State University, Northridge from 2006 – 2017. Prior to joining CSUN, he was Professor of Electrical and Electronic Engineering at California State University, Sacramento, where he served as the Department Chair from 1994 to 2006. The programs he established serve industry practitioners in high wage, high demand fields, including renewable energy, assistive technology, and advanced manufacturing. In November 2019 Ramesh was elected to the ABET Board of Directors as the Director of the Engineering Area Delegation of ABET. Additionally, Ramesh is an experienced IEEE Program Evaluator (PEV) and has performed several ABET accreditation visits in the U.S, and internationally. Dr. Ramesh has served on several Boards including the IEEE Board of Directors, IEEE Educational Activities Board (EAB), the IEEE-HKN Board of Governors, IEEE Publications Services and Products Board (PSPB), IEEE Awards Board (AB), and the ABET Board of Delegates. He is presently a candidate for the 2021 IEEE President- Elect position.

Ramesh served as the 2016-17 IEEE Vice-President for Educational Activities, as well as the IEEE-HKN President for 2016. He has served on the IEEE Fellows Committee (2018), the IEEE Strategic Alignment Committee (2016-18), and as the Chair of the IEEE-HKN Development Committee since 2018. His leadership has resulted in significant gifts to support IEEE-HKN. As 2016-17 Vice President of Educational Activities, he championed collaboration, diversity, and inclusive excellence, through innovative programs like the IEEE Learning Network (ILN).

His many recognitions include the John Guarrera Engineering Educator of the Year, William Johnson International award for leadership and contributions to the profession, and the IEEE Region 6 Community Service award. Dr. Ramesh’s professional interests are in Fiber Optic Communications and he received the BE (Honors) degree from Regional Engineering College, Tiruchirappalli (REC, Trichy) and now NITT, in 1981, and the MSEE and PhD degrees from Southern Illinois University, Carbondale, in 1983 and 1986 respectively. Ramesh was elevated to the grade of IEEE Fellow in 2015 “for contributions to entrepreneurship in engineering education.”

Use of this website signifies your agreement to the IEEE Terms and Conditions. A not-for-profit organization, IEEE is the world’s largest technical professional organization dedicated to advancing technology for the benefit of humanity.